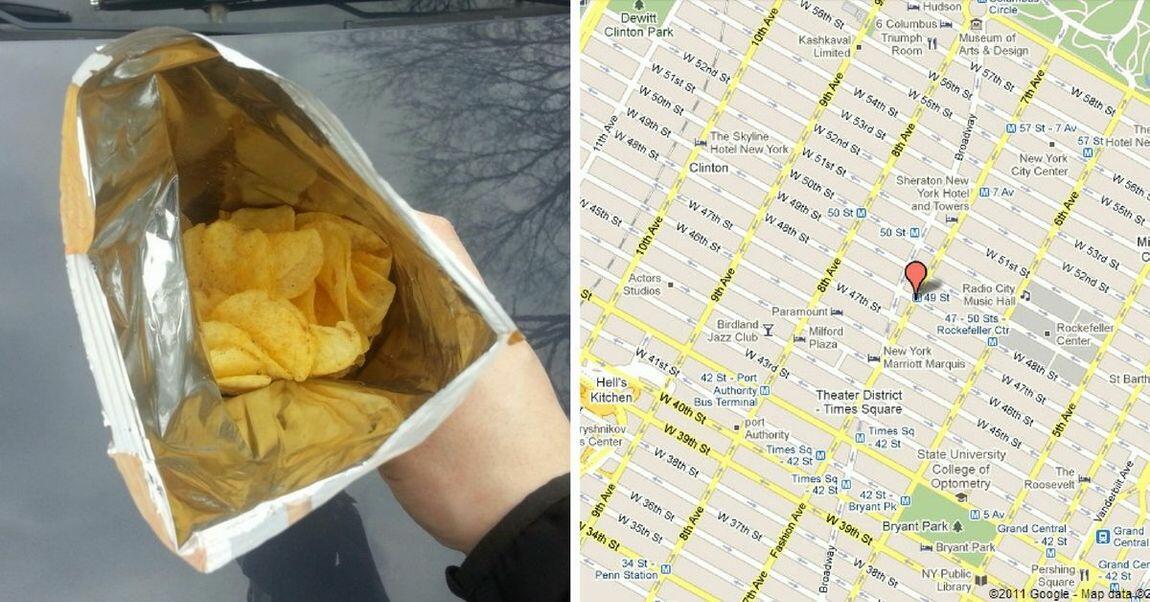 Believe me, we've all had days where we would like to call into the office, come up with some silly excuse, and take the day to do what we really want. But we saddle up and hit the hay, day after day.

Some of us are less than honest though, and a few of them are able to get away with it in the most extraordinary of circumstances, but it always comes back to haunt them.

So maybe it was karma that got Tom Colella in the end, when he was fired from his position as a senior union delegate when it came to light that he had been skipping work to play golf. And quite a bit of it at that.

An anonymous tip was sent to his employers that Colella had gone off to play golf instead of going to work no less than 140 times over the course of a two year period.

That's right, over 1 quarter of his work year was spent playing 18 holes. And thanks to a bag of potato chips, he nearly got away with it too.

The man used the potato chip bag to skip the work for many years was fired [Newday.com] An Australian electrician was fired recently for using a potato chip bag to ditch work and play golf, and he actually got away with it for two years before he was caught. According to Yahoo News Australia, 60-year-old Tom Colella was a senior union delegate and had worked as an electrician for the same company for 20 years. Then one day his employers got an anonymous tip saying Colella had actually been playing golf while he was supposed to be at work at least 140 times during the past two years. Somehow, nobody had noticed his absence. Like other employees at his company, Colella had a personal digital assistant that tracked his assigned and completed job tasks and also had a GPS that monitored his location. Colella allegedly hid his PDA in an empty foil potato chip bag and sealed it up, which blocked the GPS signal and hid his location from his employers. Colella initially claimed the PDA had a glitch, but Australia’s Fair Work Commission, a workplace tribunal, declared there was no reasonable explanation for his potato chip bag trick other than trying to sneak out of work. He was reportedly golfing during work for at least 21 days during the month of April. "Mr. Colella appears to have been deliberately mischievous in acting in this manner," said tribunal commissioner Bernie Riordan. Colella allegedly used his chip bag to hide his location, but he was still able to update his job information as though he were completing assigned tasks. Somehow, nobody noticed what was going on.

Read the full story on Shared.com