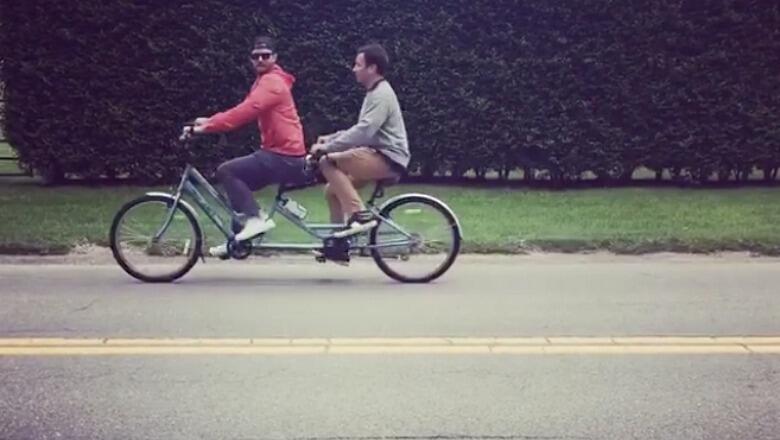 Justin Timberlake and Jimmy Fallon took their Memorial Day festivity to the world of Instagram on Sunday (May 28) when the pop titan shared footage of him and the comedian doing what they do best when they're together: making the world laugh.

In the video, JT is seen riding a bike through the Hamptons, with Fallon in the back seat of the two-seater bicycle. "God! Just biking through the Hamptons. It's so beautiful," the 36-year-old chart-topper says in the clip, before the late-night host screams, "Bro-biking!" Using their dinky bike bells, the pair proceeds to bike in and out of the frame, further confirming what an adorably dorky friendship they have. See the video below!

Timberlake and Fallon are no strangers to making folks giggle. In October, the two performed Alanis Morissette's "Ironic," adding yet another bullet to their long list of collabs. Back in 2015, they performed the History of Rap - Part 6 and offered audiences with renditions of tracks from LL Cool J, N.W.A. and Drake.