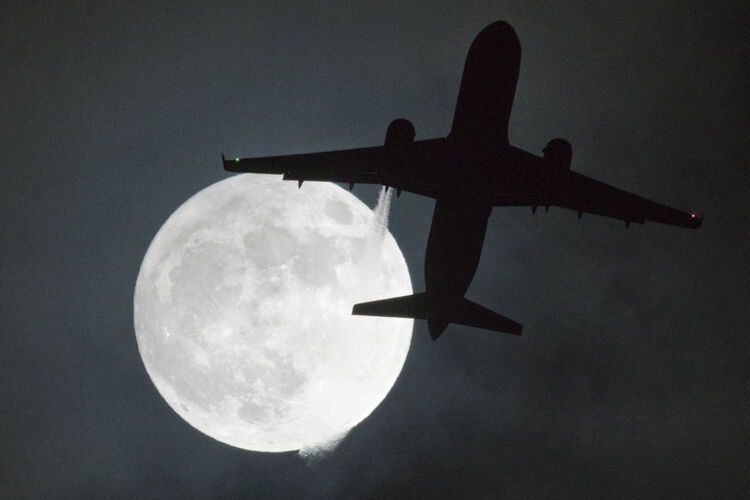 Skywatchers are getting a rare treat this week as three rare phenomena come together for Wednesday full moon. According to astronomers, much of the world will be treated to the rare triple threat of a Supermoon, Blue Moon and lunar eclipse all in one.

To give you an idea of how rare this event is, the last time we had a triple lineup like this, it was 1982. We won't get another one like it until 2037.

According to NASA ,the lunar eclipse begins during moonset, January 31st. People that live on the West Coast of the United States will get the best view of the eclipse, while those on the east coast will only get a partial eclipse since the moon will set behind the horizon before totality.

The eclipse will last around 3 and a half hours, starting at 3:48 am PT, and ending around 7:12 am PT. Totality (when the moon is completely covered by the Earth's shadow) will last an incredible 77 minutes.

But that's not all. Wednesday's full moon marks the second one in January making it a Blue Moon. Those occur every 2 and a half years, with January's last full moon happening on Jan. 1st. The moon won't actually appear blue - instead, thanks to the lunar eclipse, the moon will take on a dark reddish hue, sometimes referred to as a 'blood moon.'

These two events also happen to take place while the body is at the closest point of its orbit to the earth (also known as its perigee). That will give the moon the appearance of looking extra-close and far brighter than normal. Skywatchers could expect to see the moon appear up to 14% bigger and 30% brighter than a normal full moon at its furthest point from Earth (also known as its apogee) NASA said.